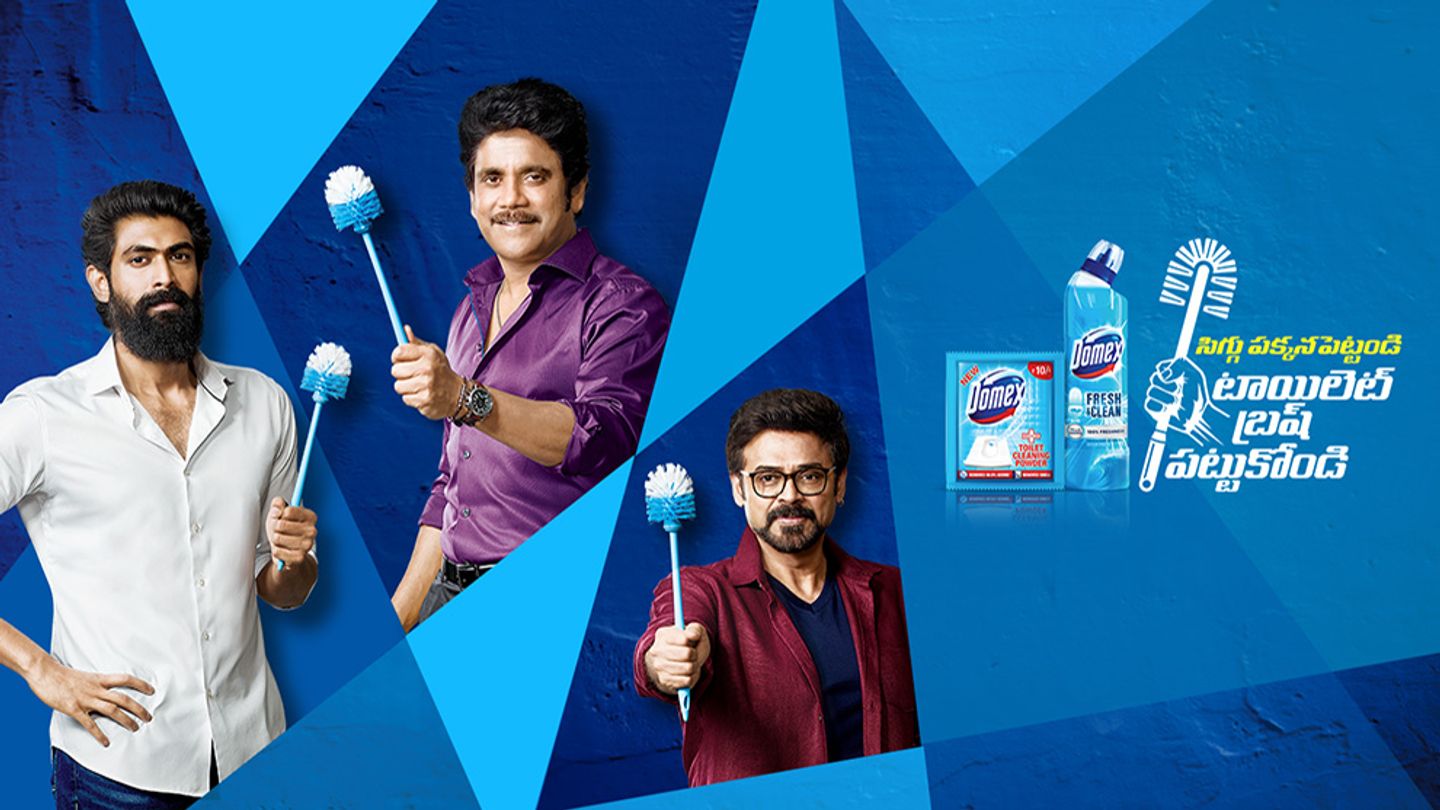 According to a report released by UNICEF in 2014, 1 billion people indulged in open defecation globally. India accounted for 60% (600 million) of them. However, in the last three years, India has seen an unprecedented increase in sanitation coverage. Under the Government of India's flagship Swachch Bharat Abhiyaan programme, from a meagre 38% households with access to toilets, 60% households now have access to toilets and over 100 million more toilets will be added by 2019.

To improve overall sanitation levels in the country, it is not just important that we build toilets but also ensure they are used and cleaned regularly. However, cleaning of toilets has always been considered a shameful chore. To remove this taboo, Domex has teamed up with superstars Nagarjuna, Venkatesh and Rana Daggubatti for the campaign 'Why the Shame? Pick up the Brush! (Opens in a new window)'. They have picked up the toilet brush, as they believe cleaning a toilet is just as normal and acceptable as any other chore, with no shame attached to it.

About the brand Domex:

Since 1997, Domex has been actively involved in tackling the sanitation problem in India. Through its efforts, in association with PSI India, Domex has constructed more than 2 lac toilets in the country. In addition, Domex also has a product range that addresses the needs of consumers across the economic and social spectrum.

Brand disclaimer:
*References to Fair & Lovely in this article pre-dates the brand’s name change to Glow & Lovely in 2020.

Foundation disclaimer:
* References to the Fair & Lovely Foundation in this article pre-dates the brand’s name change to Glow & Lovely in 2020. The Foundation’s new name is ‘Glow & Lovely Careers’.