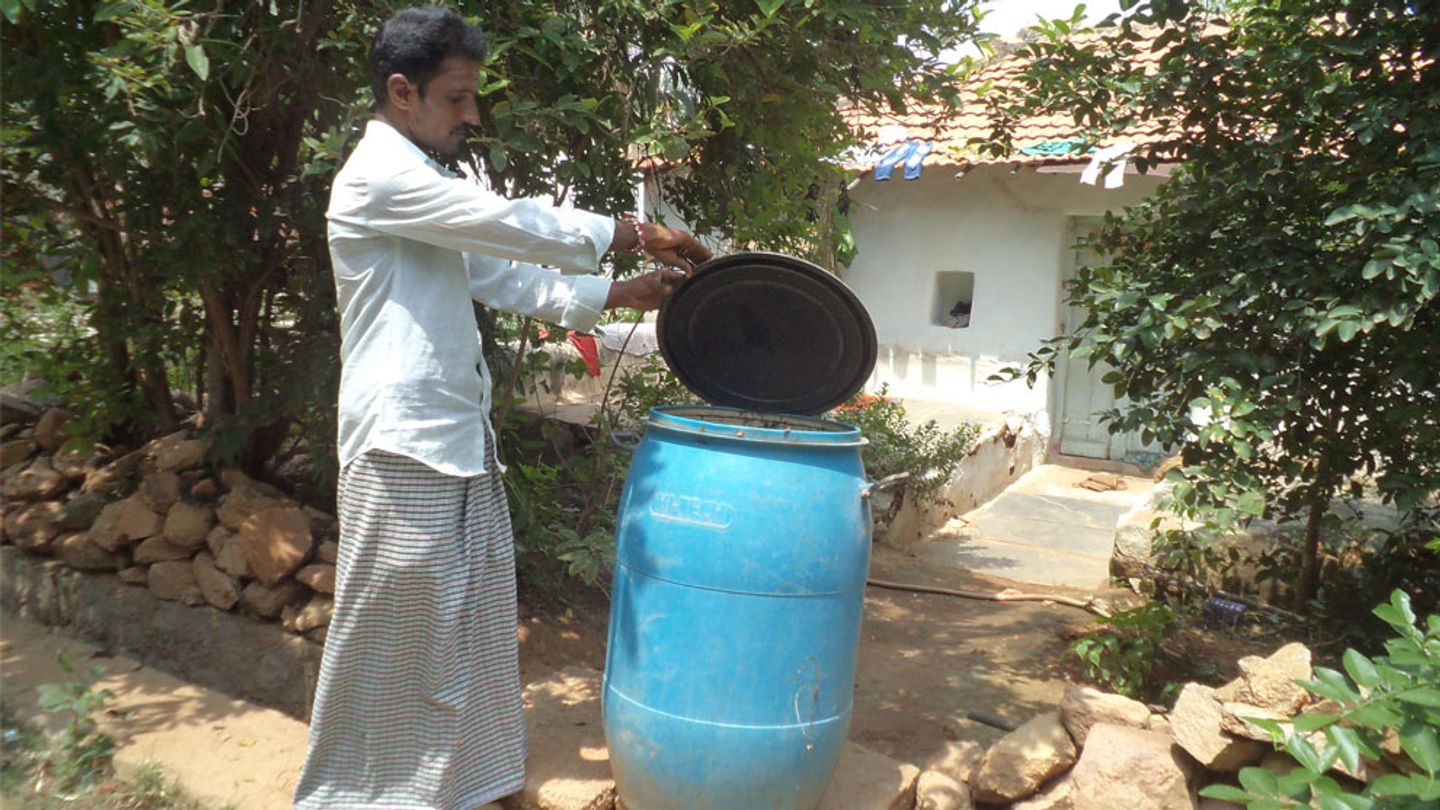 Paddy farming gets a makeover

With concern over pesticide use and the need for water conservation measures in agriculture, we are training farmers in innovative cultivation practices.

Lakkanna, a farmer in rural Karnataka, was once a worried man. He grew rice (paddy) on his 1.5-acre land in a hamlet in Navali Hobli every year. And each season he faced the same challenges: the high water requirement for the paddy crop and a possible brown planthopper (BPH) attack.

To ward off BPH attacks, Lakkanna bought pesticides for ₹2000-3000, but they didn’t always work.

The Hindustan Unilever Foundation (HUF)* partnered with SAMUHA** to train 32 small and marginal farmers (including Lakkanna) in low-water paddy cultivation and farming through non-pesticide management (NPM) techniques. This was done through the Farmer Field School (FFS) approach.

Lakkanna and other farmers adopted new practices, such as using neem cakes and chilli garlic extracts to protect their crops. Lakkanna tried line planting of paddy using the NPM techniques they learnt and cultivated green gram, cowpea and chrysanthemum as border crops which substantially reduced the pest attack.

Additionally, Lakkanna sold 80 litres of chilli garlic extract and 28 bags of neem kernels to farmers and guided them on using these products as natural pest repellents.

The outcome: a pesticide-free crop, no pest attacks, and low-water paddy cultivation. Water conservation and toxin-free produce have become possible in the region.

Meanwhile, Lakkanna’s cost of cultivation fell by ₹5000 per acre. His net income per acre from the kharif crop of 2016 rose to ₹48,150, an increase of almost 25 percent. Like Lakkanna, other farmers also saw an increase in their income. 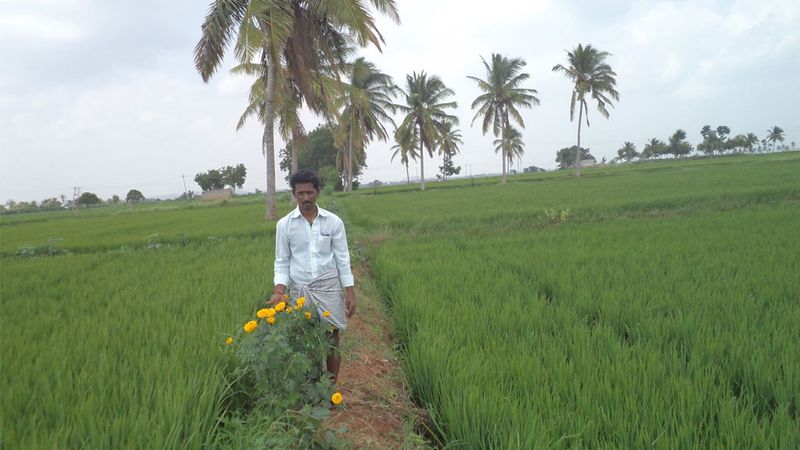 Through the HUF – SAMUHA intervention farmers can enjoy the fruits of their labour while reducing environment footprint. 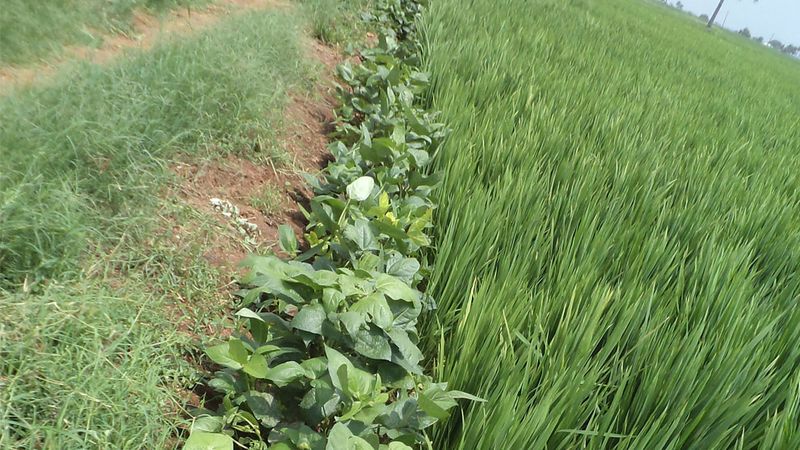 HUF was established in 2010 to further the community development initiatives of Hindustan Unilever Limited. HUF supports national priorities for conserving natural resources and thereby contributing to socio-economic development, through its “Water for Public Good” programme.

This program has three core principles: Governance of water, Quantity of water, and benefits to the community. It has initiated several projects across different river basins and varied hydrological regimes in India that go well beyond Hindustan Unilever value chain. At the heart of these projects lies the principle of collaboration through active community involvement and partnerships. Till date, HUF has helped create a water conservation potential of over 450 billion litres.

SAMUHA works with vulnerable people to improve their quality of life within defined periods of time. SAMUHA derives its name from the Sanskrit, which means an organised group or society.

SAMUHA began operations in January 1987, in the Deodurg Taluk of Raichur district in North Karnataka.